Clues and inspirations from the greatest detective of them all – 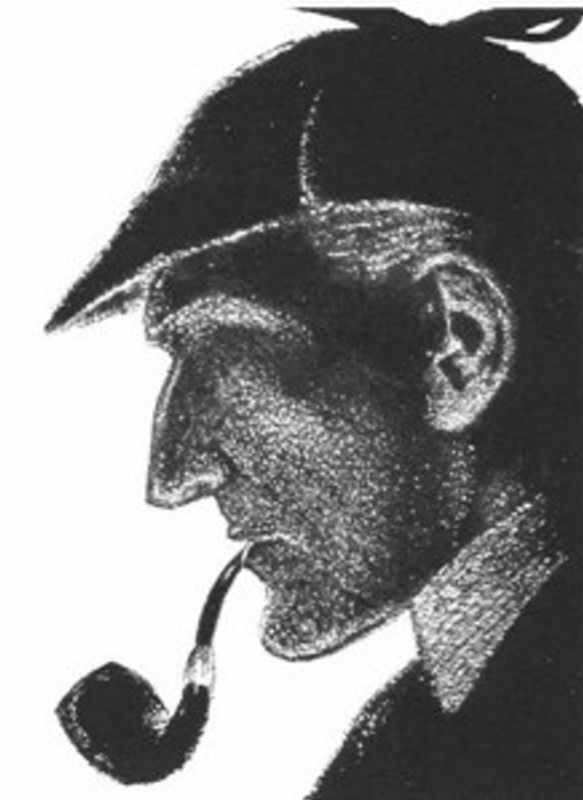 “Not invisible but unnoticed Watson.You did not know where to look so you missed all that was important.”

“What was vital was overlaid and hidden by what was irrelevant.  Of all the facts which were presented to us we had to pick just those which we deemed to be essential and then piece them together in their order so as to reconstruct this very remarkable chain of events.” ( The Adventure of the Naval Treaty)

“Crime is common – logic is rare. Therefore it is upon the logic rather than upon the crime that you should dwell.”  (The Adventure of the Coppper Beaches)

“It is of the highest importance in the art of detection to be able to recognise out of a number of facts which are incidental and which vital, otherwise your energy and attention must be dissipated  instead of being concentrated. ”  (The Adventure of the Musgrave Ritual)

“We approached the case, you remember with an absolutely blank mind, which is always an advantage.  We had formed no theories.  We were simply there to observe and to draw inferences from our observations.”  (The Adventure of the Cardboard Box)

“Elementary,” said he, “it is one of those instances where the reasoner can produce an effect which seems remarkable to his neighbour, because the latter has missed the one little point which is the basis of the deduction.”  (The Adventure of the Crooked Man)

“There is nothing in which deduction is so unneccesary as in religion.” said he.  “It can be built up as an exact science by the reasoner.  Our highest assurance of the goodness of providence seems to me to rest in the flowers. All other things, our powers, our desires, our food are really necessary for our existance in the first instance. But this rose is an extra.  Its smell and its color are an embellishment of life, not a condition of it. It is only goodness which gives extras, and so I say again that we have much to hope from the flowers.”  (The Adventure of the Naval Treaty)

“The world is full of obvious things which nobody by any chance ever observes.”  (The Hound of the Baskervilles)

“It may be that you are not yourself luminous but you are a conductor of light.  Some people without possessing genius have a remarkable power of stimulating it.”  (The Hound of the Baskervilles)

“I knew that seclusion and solitude were very necessary for my friend in those hours of intense mental concentration during which he weighed every particle of evidence, constucted alternative theories, balanced one against the other, and made up his mind as to which points were essential and which immaterial.”  (The Hound of the Baskervilles)

“It is the scientific use of the imagination, but we have always some material basis on which to start our speculations.” (The Hound of the Baskervilles)

The key elements in the evaluation of an image before supratentorial elements (such as knowledge memory experience judgment and wisdom kick in) is the ability to identify the abnormality or clues to the abnormality.  This is done by scanning the patient or the image and based on the  size shape position and character of all the component structures these  incriminating elements are identified for further analysis.  Other aspects of the image such as time, relations to other structures and events, are taken into consideration and then clues outside thepatient or the  image under review are used such as clinical history, clinical examination other studies, and particularly previous images of the same part